At long last, we are ready to fill orders for No Wall They Can Build and From Democracy to Freedom, our new books about borders and democracy. Both of these are the culmination of years of effort—years of on-the-ground organizing, research, and reflection involving participants from around the world. We are very excited to share them with you!

Thanks again to everyone who supported our fundraising campaign to get these books off the ground. Thanks to their assistance, you can download PDFs of both books on their respective sites, paying whatever price you choose. Mind you, we still maintain that nothing compares to the experience of reading a physical print copy with its own unique history. Books aren’t just data—they are magical objects, physical manifestations of the conversations and struggles that produce them.

No Wall They Can Build

A Guide to Borders and Migration across North America

Every year, thousands of people risk their lives to cross the desert between Mexico and the United States. Why do so many people cross the border without documents? How do they make the journey? And whose interests does the border serve, really?

In riveting first-person narrative, No Wall They Can Build offers a close look at the borders that control movement around North America. Drawing on a decade of solidarity work in the desert between Mexico and Arizona, this book uncovers the goals and costs of US border policy, and what it will take to change it.

To accompany No Wall They Can Build, we’ve prepared a poster, “Borders: The Global Caste System,” illustrating all the different elements that make up the border—from the extraction of resources on one side of the border to wage disparities on the other. Following the model of our classic Capitalism Is a Pyramid Scheme poster, which accompanied our earlier book, Work, this poster illuminates the ideas set forth in the book, presenting them in a form that can appear on the walls of your town to stimulate conversation and show solidarity with everyone who is affected by borders.

The book and poster are complemented by an offset-printed 3”x5” sticker proclaiming “immigrants welcome,” which is also available in bulk. Both the poster and the sticker are included in every order for the book!

From Democracy to Freedom

The Difference between Government and Self-Determination

Democracy is the most universal political ideal of our day. George Bush invoked it to justify invading Iraq; Obama congratulated the rebels of Tahrir Square for bringing it to Egypt; Occupy Wall Street claimed to have distilled its pure form. From the Democratic People’s Republic of North Korea to the autonomous region of Rojava, practically every government and popular movement calls itself democratic.

But what is democracy, precisely? Is there a common thread that links all these different variants? And can any of them deliver on their promises?

In this critical appraisal, we trace democracy from its classical origins to its current ascendancy around the globe. Reviewing how democratic discourse has served recent social movements in the United States, Spain, Greece, Bosnia, Slovenia, and elsewhere around the world, we conclude by asking what it would mean to seek freedom directly rather than through democratic rule.

This book grew out of years of international dialogue between participants in these social movements. Exploring how recent uprisings have been catalyzed and limited by democratic discourse, From Democracy to Freedom explores the difference between government and self-determination, proposing new ways to understand what we’re doing when we make decisions together.

For more critical material on democracy, you could consult our classic text, “The Party’s Over: Beyond Politics, Beyond Democracy,” our poster series on the subject (which became the chorus of a song), Uri Gordon’s guest column, or our “Vote Here” stickers, one of which is included free in every copy of From Democracy to Freedom.

Hot Off the Presses 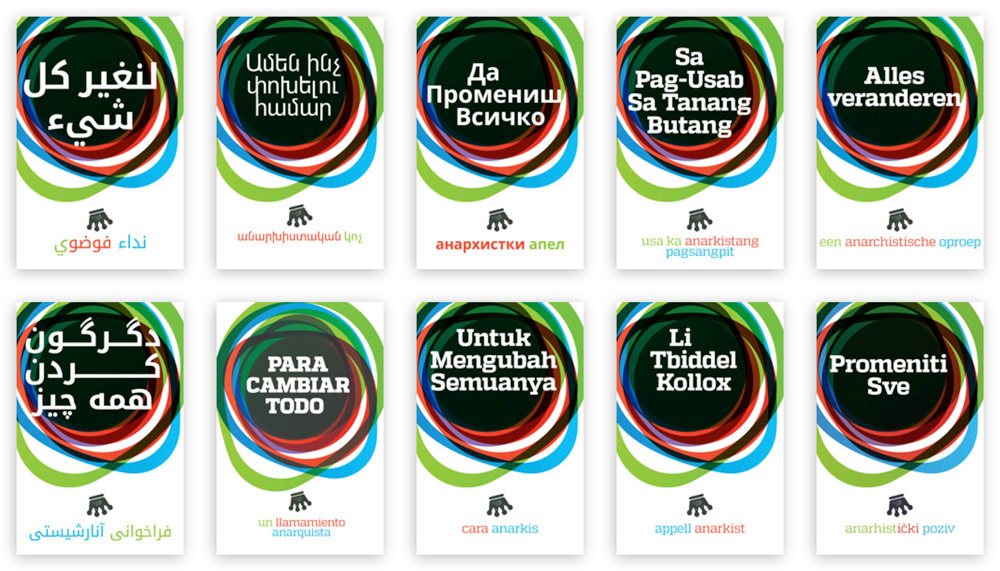